Brackley Athletic FC – The Jaffa’s – held their annual end of season presentation event on Saturday 16th June, and it was truly an evening of celebration for a hugely successful football season, it’s recently attained FA Charter Standard status, and a range of exciting new developments for the club – including a new logo and new club mascot.

The evening was topped off with the presentation of a cheque for £720 from Brackley Athletic Football Club to Katherine House Hospice. The funds were raised at the recent Chairman’s Charity Shield event with teams of coaches and parents playing a tournament style event.

Derek Hurst, Brackley Athletic FC Chairman commented:
“This club has been a large part of the Brackley community for many years and we are proud to not only provide a service to the community in making high quality football available to kids of all ages, but we take great pride in giving back to good causes including the likes of Katherine House Hospice.”

As the longest running youth football club in Brackley, Brackley Athletic F.C. has a long history of success in both league and cup campaigns across its teams – but this year proved particularly successful with 3 cup semi-final teams, 1 finalist and 3 cup final winners! The club continues to grow in numbers at every age group, with the newly rebranded Tiger Cubs soccer school for under 6’s at the heart of it all. 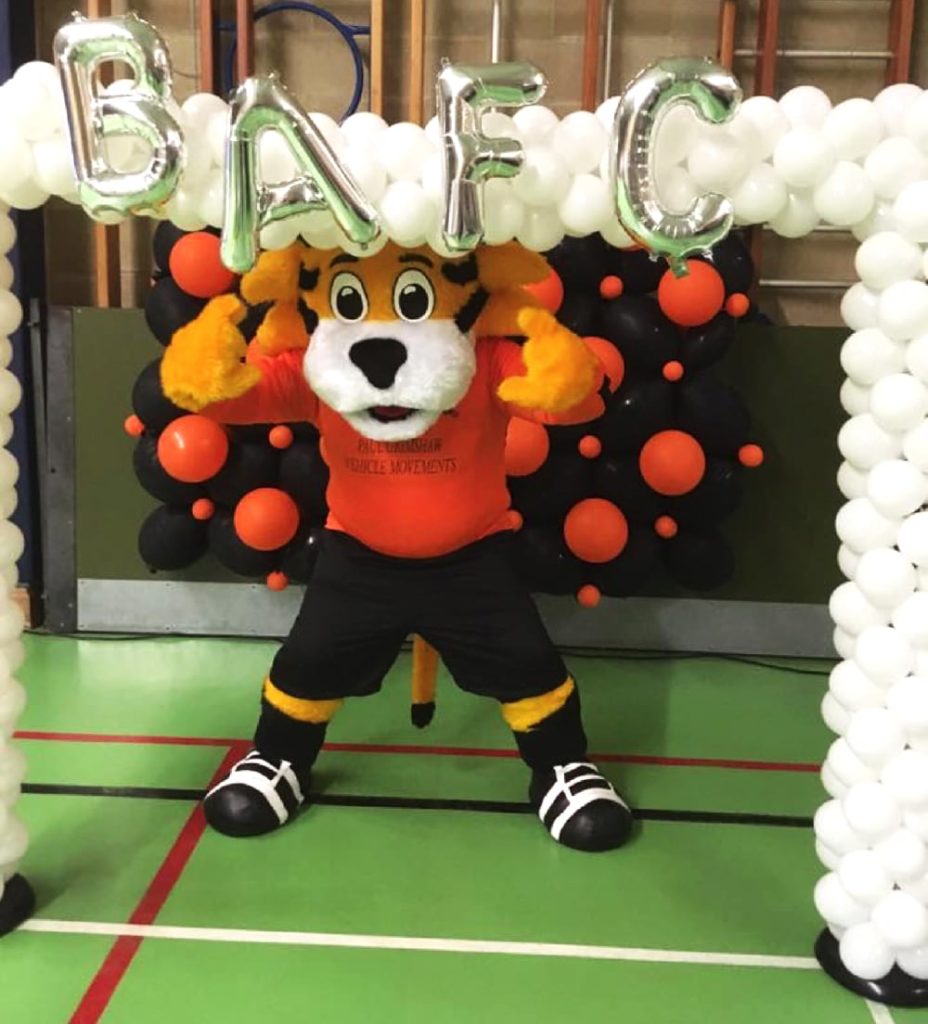 The newest member of the club

The Jaffa’s new mascot also made his debut at the presentation event to the delight of all the players and their families. As yet un-named, the tiger is part of the club’s commitment to providing fun and engaging football for kids of all ages. The tiger will be a regular visitor to Under 6 Soccer School games and training sessions and will be named via nominations from the players themselves – so watch this space. 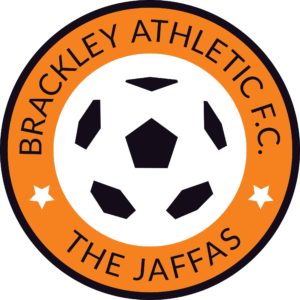 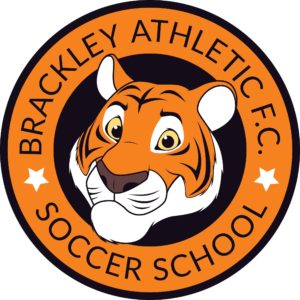 In line with the development of a strategic plan for the club, a new and more contemporary logo has been developed with a sub branded version for the club’s Tiger Cubs soccer school. The logos will be rolled out across the coming season.

You can find out more about which cookies we are using or switch them off in settings.

This website uses cookies so that we can provide you with the best user experience possible. Cookie information is stored in your browser and performs functions such as recognising you when you return to our website and helping our team to understand which sections of the website you find most interesting and useful.

You can adjust all of your cookie settings by navigating the tabs.

Strictly Necessary Cookie should be enabled at all times so that we can save your preferences for cookie settings.

If you disable this cookie, we will not be able to save your preferences. This means that every time you visit this website you will need to enable or disable cookies again.